A local nonprofit organization called DIGS — for Developing Independence, Growth and Security — plans to have a personal care home ready for occupancy by the first of December.

“We’ve worked at this for about eight years,” said DIGS Board President Charles Schroeder.

Schroeder said DIGS was formed by residents concerned with the lack of housing services for people with developmental disabilities in the Rome and Floyd County area. “There is a great need for housing like this for this population,” he said.

The personal care home is being constructed on Brook Valley Court. It will provide enough room for four residents with disabilities. Money for the home has been provided in part by a bank loan. But most of the funds were raised by members of the group. “We raised $120,000 ourselves,” Schroeder said.

He said DIGS has a choir called “Just As I Am” that collects donations for the housing cause at its concerts. The group has performed at more than 50 area churches. “They are one of the major sources of our income,” Schroeder added.

After the home is complete, DIGS will partner with Developmental Disabilities Ministries to manage the day-to-day operations of the home. DDM President and CEO William Neal said the organization manages 19 homes across Georgia, but this will be the first one in Rome.“Basically, we provide Medicaid waivers and residential services for adults with disabilities,” he said. “We provide staffing, take care of the licensing and make sure the state and federal rules are followed.” Neal said DDM will hire two full-time staff members and two or three part-time staff members to manage the home. He stated that these employees will be hired locally.He explained that the staff will be responsible for taking turns spending the night, helping the residents with day-to-day activities and keeping up with the residents’ weekly agendas.

The residents will be chosen on a need-based system after going through an application process.“Generally, we tend to have all men or all women,” he said. “Age is less important than the disabilities. We try to match people up who are compatible.” As an example, he said if a resident has limited communication skills, it would be best to have someone who has good communication skills in the same home. 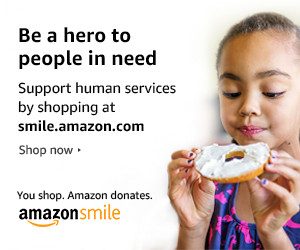